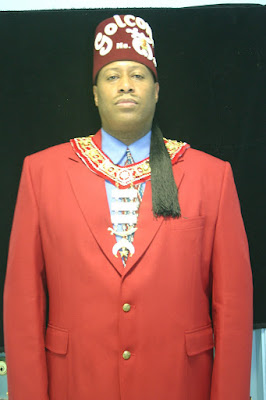 Maj. Dwayne M. Kelley was born on May 25, 1960, in Brooklyn, New York. He was a trained civil affairs officer assigned to the 432nd Civil Affairs Battalion, Headquarters and Headquarters Company (Tactical), Green Bay, Wisconsin.
He died in Iraq from a bomb blast while deployed supporting Operation Iraqi Freedom in Sadr City, Iraq.
He entered the Army in February 1978, and served for three years as a light wheel vehicle mechanic until February 1981. From 1982 to 1985, Kelley completed his studies at Rutgers
University, earning a bachelor’s degree in Psychology. He graduated in May of 1985 from the ROTC program, earning his commission as a U.S. Army Reserve second lieutenant in the
Ordnance branch.
Kelley served as an ordnance officer from his graduation until 1999, when he changed his military occupational specialty to military police. He served as the Headquarters and Headquarters Company Commander for the 2 Battalion of the 309th Regiment, Fort Dix, N.J., from April 1999 until April 2001.
He was mobilized as a military police officer in October 2001 shortly after Sept. 11, 2001 in support of Operation Noble Eagle. He served two years, with the 2nd Battalion of the 309th Regiment, 5th Brigade, 78th Division (Training Support) at Fort Dix, N.J.
Kelley became a Civil Affairs officer in October 2004 and was reassigned to the 404th Civil Affairs Battalion at Fort Dix, N.J., serving as the unit’s executive officer. In 2005, he became the assistant operations officer assigned to the 353rd Civil Affairs Command, Staten Island, N.Y. Kelley served in this position until his second mobilization in November 2007 with the 432nd Civil Affairs Battalion, Green Bay, Wis., where he was serving as their Civil Affairs Team Chief.
His military training includes Basic Combat Training, Ordnance Officer’s Basic and Advance Course, Military Police Officer Advance Course, Civil Affairs Qualification Course, and is a Command and General Staff College graduate.
His military awards included two Army Reserve Components Achievement Medals, National Defense Service Medal, Armed Forces Service Medal, the Armed Forces Reserve Medal with bronze hourglass and with “M” (mobilization) device and the Army Service Ribbon.
He was employed by the New Jersey State Police as detective sergeant first class.
Kelley is survived by his wife and daughter, both of South Orange, N. J. He is also survived by his mother of Willingboro, N.J.

The State of New Jersey and the World at large has truly lost a Great Man.
"Kelley" as he was affectionately called by his Masonic Brothers, was a true Brother in every sense of the word.
Always "sharp"...Always "softspoken"...Always "positive"..Always "a hero"

I have spoken to many of our Masonic Brothers since his tragic death, and we all agreed on one thing.
There are not too many brothers that you would shed a tear for.
Many of us shed tears for "Kelley".

He was a friend and brother to many...he was Noble to all.

For when it is all said and done, we must all travel that same road called "Death".
When it is my turn, I want to go "Home" just like "Kelley" did.