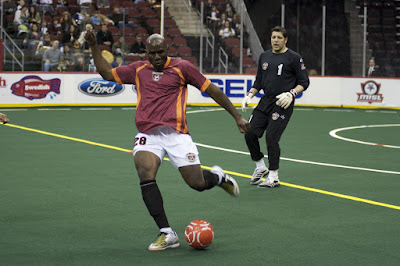 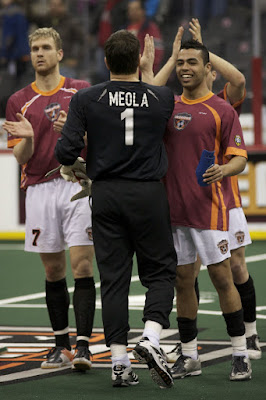 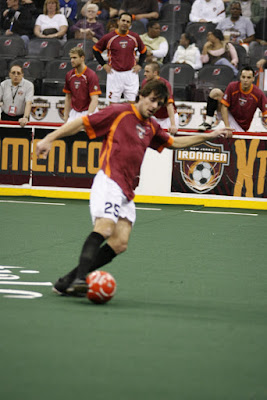 Newark, N.J. (Monday, September 22, 2008) - The New Jersey Ironmen announced today that they will host the inaugural XTremBol street soccer tournament this Sunday at Prudential Center. Beginning at 8AM, 12 teams will battle it out for the Xtrembol crown in the arena parking lot located on the corner of Lafeyette and Broad Street.

"Street soccer is an extremely unique and entertaining brand of the 'beautiful game,' and we are pleased to assist in bringing an event of this caliber to the City of Newark," Ironmen General Manager Tony Novo commented. "We are even further excited to give our fans a little taste of what they can expect with the Xtreme Soccer Xperience."

XTremBol bills itself as a combination of street soccer, music and culture. Their brand is played with a low-bounce ball to increase the speed of the match, requiring players to emphasize pinpoint accuracy in shots and passes. The uniqueness of their game comes in that play will be conducted in closed cages, and the XTremBol goals stand 42" X 30" with no goalkeepers in net. Matches will be 4v4, and the tournament looks to run over a 12-hour span.

Rockaway resident Andres Torres is the founder of XTremBol, and he has partnered with Eric Yamoza, Hernando Risueño and Javier Gonzalez to bring his concept to reality.

In addition to the street soccer tournament, music, food and other fan-friendly entertainment will be present this Sunday. Admission into the XTremBol event will be $2, and a special parking rate of $5 will be given in the Prudential Center V.I.P. parking deck on Lafayette Street.

Also on hand at the event will be city representatives such as East Ward Council Member Augusto Amador and State Assemblyman Albert Coutinho.

The Ironmen recently announced their inclusion as charter members of the Xtreme Soccer League (XSL). As part of the Xtreme Soccer Xperience, the XSL will sanction events such as street soccer, beach soccer and soccer tennis tournaments. Stay tuned to the Ironmen website at www.njironmen.com for all of the latest developments regarding the XSL.

The New Jersey Ironmen are currently seeking members for their official kids club. Those interested in joining can click here to download our registration form. You can either fax in the sheet to 973-757-6302 or mail it to the New Jersey Ironmen Kids Club, Prudential Center, 165 Mulberry Street, Newark, NJ 07102.

Posted by DAdamsJr at 7:16 PM No comments: Links to this post 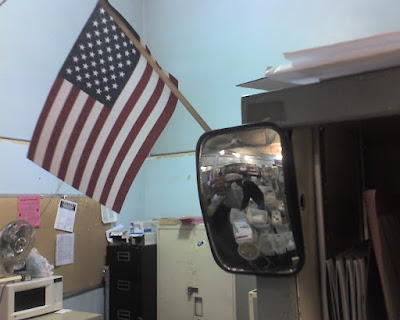 The photo above depicts how I feel today:
Watch your back...Someone is always trying to take your place!!!

Quote for the day:

A woman can forgive a man for the harm he does her...but she can never forgive him for the sacrifices he makes on her account.
W. Somerset Maugham,

Have a Blessed day.

Posted by DAdamsJr at 10:44 AM No comments: Links to this post