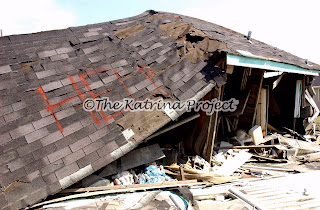 Once again, another DISASTER has come upon us.

Once again, I am glued to CNN, MSNBC, and any other news information channel that will satisfy my DESIRE to see.....What is REALLY going on.

Once again....I want to BE there....to PHOTOGRAPH....to INTERVIEW...to almost FEEL what the people of HAITI are going through, just by STANDING in the MIDST of their DESTRUCTION.

Once again....I REALIZE that it is too early to be in the MIDST of THAT DESTRUCTION, because the DESPERATION of some people could cause DANGER to my own LIFE.

Once again....ALL the News Broadcasts are listing ORGANIZATIONS for us to DONATE MONEY to.

Once again....I am QUITE SURE that I am not the only one THINKING...."Where will THIS MONEY go"????? (I prefer adopting families, so THEY actually GET the assistance)

Once again....I am REMINDED of NEW ORLEANS, and the GULF COAST in late August 2005.

Once again...those who are MOST affected, are people of COLOR.

Although the MAGNITUDE of the Earthquake and DEVASTATION in Haiti may be MUCH higher than that of Hurricane Katrina....
BECAUSE of the AFTER EFFECT of Hurricane Katrina, I BELIEVE that people will be LESS LIKELY to DONATE money(without research) this TIME.

As for me....New Orleans(Katrina) CUT me like a KNIFE.
In our travels back and forth to New Orleans several times every year since
Katrina, we often run into people who ask " WHY NEW ORLEANS?"

There were many places affected by "LADY KATRINA"(name given to us by an elderly woman in St Bernards Parish in 2007).

My answer is ALWAYS....I left New Orleans 10 days before "Lady Katrina" in 2005.
It has ALWAYS been my FAVORITE PLACE.
After being GLUED to the television in 2005, and seeing images of STRANDED and HELPLESS AMERICANS......"WHY NOT NEW ORLEANS?"

So when I say..."ONCE AGAIN" in my STORY above...I KNOW what I'm talking about.
We have STOOD in the MIDST of many HOMES...CHURCHES...SCHOOLS....STREETS.

We have FELT the SPIRIT of the PEOPLE in the MIDST of their DESTRUCTION...

So just like the PEOPLE in New Orleans have BEGUN to REGROUP...REESTABLISH...and REBUILD their LIVES... the People of Haiti will do the SAME with GOD'S help.