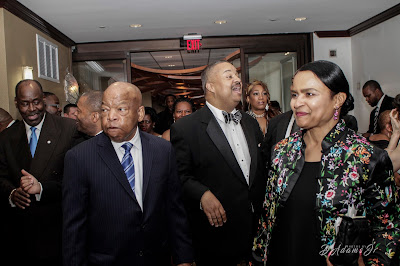 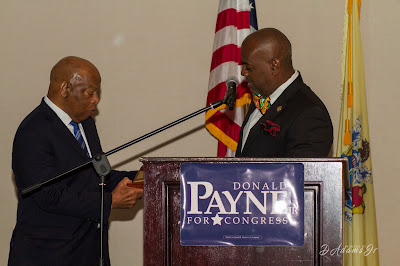 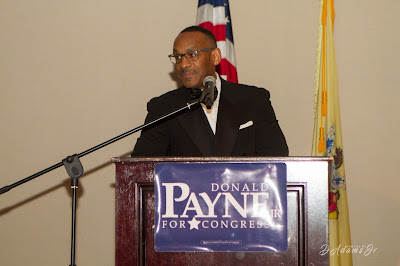 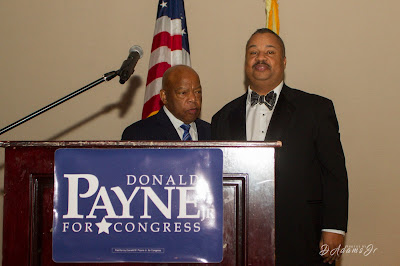 I was asked to represent my State Union at the Annual Fundraiser for Congressman Donald M. Payne Jr.
The Guest of Honor was The Iconic Civil Rights Activist, and Georgia Congressman, John Robert Lewis.
He told us stories of his childhood, that he remembered, from the age of 4.
Before speaking, he was presented the Key to the City from Newark Mayor, Ras Baraka.
He was elated that his FULL name was inscribed on the key to the City.
He mentioned that he loved his name, and when his mother would call him "John Robert", he knew she meant business.
He also spoke about his Mother always instilling in him to "work hard", and his LOVE of raising chickens in his little town of Troy Alabama.
I am proud to have been there when he got The Medal of Freedom from President Obama in 2011 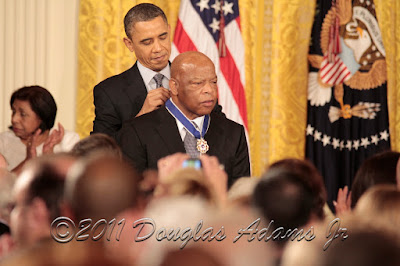 Also proud to have been there for the 50th Anniversary of Bloody Sunday in Selma Alabama in 2015, when he spoke, and shared the Stage with President's Obama, and Bush 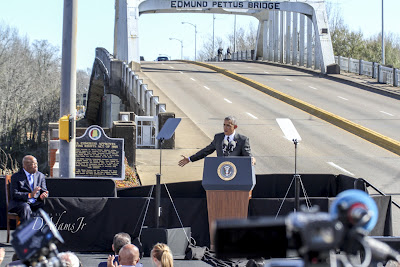 He also loves to dance to the hit song " Happy" by Pharrell Williams.
He danced for us ALSO...LOL
Posted by DAdamsJr at 3:15 PM No comments: Links to this post